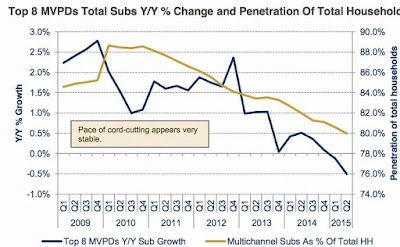 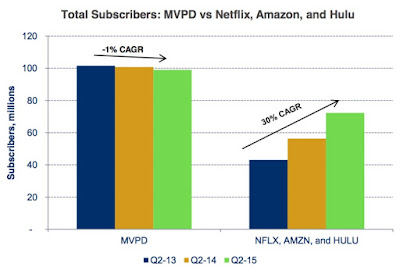 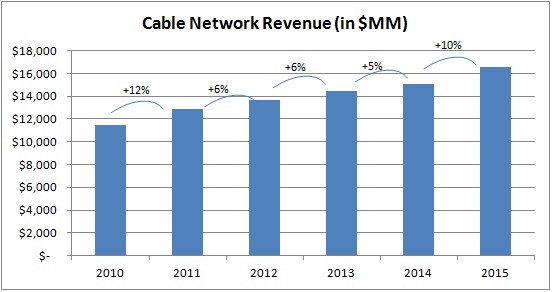 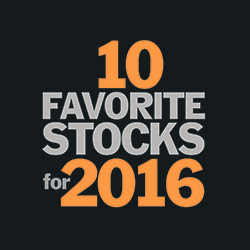 In the year of the FANG stocks, we got bitten. Dot-com heavyweights Facebook (ticker: FB), Amazon.com (AMZN), Netflix (NFLX), and Google, which changed its name toAlphabet (GOOGL) in August, delivered blowout gains in 2015 of 34%, 115%, 160%, and 45%, respectively. Among these, we picked only Alphabet a year ago as one of our best bets. Mostly, we passed up momentum stocks in favor of humbly priced ones. It has been a bad year for penny-pinchers: U.S. growth stocks have outperformed value ones by nearly 10 percentage points year to date, according to data from Standard & Poor’s.
Our 2015 picks have lost an average of 6% since publication, versus a 2% loss for the Standard & Poor’s 500 index.
Half of our stocks outperformed, including Gilead Sciences (GILD), Royal Caribbean Cruises (RCL), and Boeing (BA). But our stinkers stunk more than our stars shined (see table below). Engineer Fluor (FLR) slipped on falling oil investment. Macy’s (M) led a wrong-way parade by department stores. And Micron Technology (MU), a memory-chip maker we’d rather forget, proved that even oligopolies can look crowded when end markets turn weak.
In 2016, we expect that the broad U.S. stock market will fare better, if not shine. The S&P 500 looks fully priced at 17.5 times projected 2015 earnings, and, during the past two quarters, earnings declined slightly versus a year earlier. But that is due to a crash in oil profits. Excluding energy, earnings are rising at a 5% clip. Assuming similar growth next year, with a steady price/earnings ratio and 2% in dividends, stock investors could end up with a total return in the high-single digits.
For our 2016 picks, tempted as we are by Micron, we’re not waiting for a comeback. Patience, wrote Ambrose Bierce, is a minor form of despair disguised as a virtue. Our sole holdover, General Motors (GM), modestly outperformed on a late-year rally. We’re upgrading our airline to Delta Air Lines (DAL) from American Airlines Group (AAL) and swapping Alphabet, which we still like a great deal, for Apple (AAPL). Videogames and zombie shows are in. Anything oily is out. We’re trading Gilead—whose best-selling drug is so effective that treatments could peak in a year or two as more patients are cured—forCelgene (CELG), which is also highly dependant on a single drug but has much better growth potential. There are no department stores, only a druggist and a sneaker merchant. Sprawling Bank of America (BAC) is gone, replaced by steady growerDiscover Financial Services (DFS). And we’re adding some housing exposure in the form of flooring specialist Mohawk Industries (MHK).
AMC Networks
AMC Networks (AMCX) sells for 16 times projected 2015 earnings, a discount to the broad market and to other stand-alone cable-network firms, like Discovery Communications (DISCA) at 17 times earnings. One reason is that AMC’s fortunes are closely tied to its zombie thriller, The Walking Dead, which is halfway through its sixth season. If the undead fall out of favor, shares would surely suffer. In the short term, that exposure is a nice problem to have. Recent ratings for the series have been among the best in its history. Earnings per share are expected to soar nearly 40% this year on the debut of a companion series, Fear the Walking Dead, which also had blowout numbers. The two Dead shows, along with Better Call Saul, a Breaking Bad spinoff that aired earlier this year, are the three best series season debuts ever among adults 18 to 49, on broadcast or cable. Next year, Fear gets 15 episodes, up from just six this year. Wall Street is predicting another 13% earnings gain, and estimates have been rising.
One way for AMC to solve its problem of revenue dependance is to sell to a bigger media player. The buyer would get hot shows with plenty of young viewers that advertisers like to reach, and shareholders would get a premium price. Last February, the company named investment banker Gregg Seibert as vice chairman, perhaps signalling a rising interest in deal making.
The old-fashioned fix for hit-dependence is, of course, more hits. That takes longer, but there are promising signs. Into the Badlands, a dystopian martial-arts series, debuted in November to solid ratings. Preacher, a highly anticipated shoot-’em-up based on a cult comic book, comes out in mid-2016. Even without a deal, shares could return 20% over the next year if earnings estimates continue to rise and AMC continues its recent habit of beating them by double-digit percentages.
Apple
The outlook for Alphabet remains bright. It’s hoovering up ad dollars as they shift to online and mobile, and its YouTube streaming business is quietly becoming bigger than Netflix. Earnings could double by the end of the decade, making 27 times this year’s projected earnings a square deal for shares. But Apple sells for just 12 times earnings for its fiscal year ended in September. It sits on cash and securities worth more than all but a dozen or so big U.S. companies. Subtract the cash and securities per share from the stock price, even with a haircut for repatriation tax on the overseas portion, and the P/E falls to single digits.
Enlarge Image

Apple will have a difficult time dreaming up a more lucrative gadget than the iPhone, and growth there looks sure to slow. The smartphone market in general is becoming saturated, and while the iPhone 6 and now 6s have offered an obvious reason to upgrade—a long-awaited shift to larger screens—it’s unclear, as always, what will make the next model a must-have. Earnings for Apple are projected to rise at only a high single-digit pace over each of the next two years. But consider two things. First, that’s the kind of growth investors get from General Mills (GIS), which goes for 20 times earnings and carries net debt, not a cash surplus. And consumers can switch from Cheerios to Raisin Bran without having to migrate their family photos to a new platform.
Second, investors shouldn’t count out Apple exceeding growth expectations. It has beaten earnings estimates for 12 quarters running. The consensus for its fiscal year through September 2017 has been rising—understandable, considering the success of the iPhone 6s. But estimates for the following year have been rising, too. The valuation sets the bar low; we think that Apple will hop over. Look for a 20% gain over the next year, along with a rising dividend.
Celgene
Celgene’s main risk is a little like AMC’s zombies. It will generate more than 60% of its revenue this year from a single medicine called Revlimid, used primarily to treat a type of cancer called multiple myeloma. But Revlimid is gaining regulatory approval for an expanding number of uses. It has plenty of growth potential overseas, and shows promise in combination therapies. And it has more than a decade of remaining patent protection. Analysts predict double-digit yearly revenue growth for Revlimid through the end of the decade.
By then, Celgene is expected to have four drugs with yearly sales in the billions of dollars, versus just Revlimid today. And a robust pipeline of medicines in development provides ample opportunity for new successes. Management has set a goal of $21 billion in yearly revenue by 2020, up from a projected $9.2 billion this year. If it’s successful, two things are likely to happen. First, Revlimid’s contribution is likely to drop below half of revenue by then. Second, earnings per share could more than double, as Celgene’s growing size offers better leverage on its research and marketing expenses. Shares sell for 22 times this year’s earnings consensus—inexpensive considering the growth outlook. Bristol-Myers Squibb (BMY) is expected to increase earnings at a similar pace, and it goes for over 35 times earnings. Eli Lilly (LLY), a slower grower, goes for 25 times.
CVS Health
CVS Health (CVS) is a long-term winner, returning more than 14% a year over the past decade, double the yearly return of the S&P 500. It has sold off from over $110 this past summer to a recent $93, presenting a buying opportunity. The decline stems in part from management last quarter issuing 2016 earnings guidance below Wall Street expectations. Even so, it implies earnings per share growth of 10% to 14% next year. Shares now sell for 16 times projected earnings for the next four quarters, down from close to 20 times earlier this year.
Enlarge Image

The company remains at the center of trends that could keep earnings growing at a double-digit pace through the end of the decade. Increased medical-plan coverage is driving more prescriptions. So is the aging of the baby boomers. Medical plans are looking to save on drugs, and some are turning over more business to drug-plan managers like CVS’ Caremark. Patients looking for savings, including those who remain uninsured, can take care of basic health-care needs through walk-in clinics, like CVS’ Minute Clinic chain. The stock’s dividend yield is unremarkable at 1.5%, but payments are expected to grow more than 60% cumulatively over the next three years.
Delta Air Lines
Delta has been outperforming other legacy carriers on operational metrics like its on-time flight percentage and its scarcity of cancellations. Those things don’t show up on an income statement—at least, not right away. Over time, good performance on those measures tends to lure business fliers who are highly averse to wasting time, and are also fairly indifferent to paying premium prices. In a recent survey of corporate travel managers, Delta beat its rivals for a second consecutive year. That sets up the company to gain share in a lucrative part of the market. 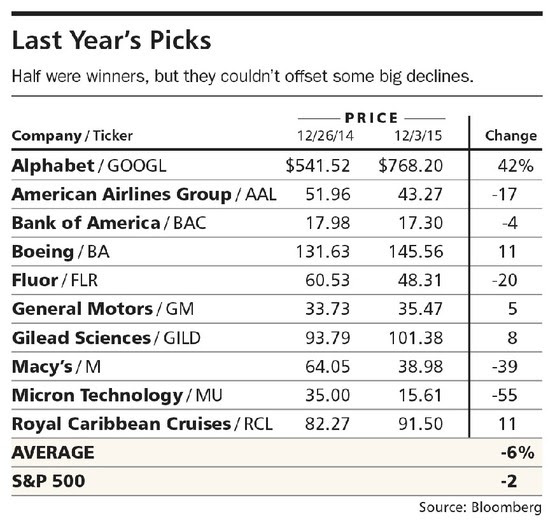